WELCOME TO PHILIPPINE AIR TRAVEL! Your guide to the Philippines...

A South East Asian Airlines plane forced the closure of the Kalibo International Airport while it was preparing to take off for Singapore.

The Airbus A320-232 with registration RP-C5319 was turning at the end of the runway when it went on a soft portion of the ground.
Read More

ZEST AIR IS BACK

The suspension was made after an inspection of the airline which recommended an immediate suspension.
Read More

The Civil Aviation Authority of the Philippines (CAAP) has suspended Zest Air operations due to safety reasons. The decision was made by a group of inspectors who monitored the airline in the end of July.

The inspectors said that they have found several safety violations and recommended the immediate suspension of the operations of the airline.
Read More

Just after rebranding from South East Asian Airlines (SEAIR) into Tigerair, Tigerair Philippines is planning to make Cebu into one of its hubs in the Philippines.

According to president and CEO Olive Ramos, Tigerair Philippines which is an affiliate of Singapore-based Tigerair is planning to mount additional international and domestic flights to and from Cebu.
Read More

Philippine Airlines received last night the first of the 44 Airbus A321-231 aircraft ordered in 2012. The aircraft was handed over in a short ceremony at the Airbus Delivery Centre in Hamburg, Germany.

The Airbus A321 is part of the 64 Airbus aircraft orders made by the airline in 2012 for its fleet modernization program. These include 44 Airbus A321 aircraft and 20 Airbus A330 aircraft.
Read More

MORE PAL DOMESTIC ROUTES TO BE FLOWN BY PAL EXPRESS

Philippine Airlines is transferring its domestic routes to PAL Express which is a subsidiary of the airlines. Only three routes are to be flown by PAL.

This action by Philippine Airlines is part of its Project Winter wherein they would drop all domestic flights and transfer them to their subsidiary PAL Express.
Read More

Philippine Airlines launched the route with direct (non-stop) last November 30, 2012 using a Boeing 777-300ER. Because of losses on the route, the airline stopped all direct flights and added one stop at the Vancouver International Airport.
Read More

The country's main gateway, the Ninoy Aquino International Airport in Pasay City is now operating in maximum capacity. Airlines want to begin new services to the airport but the only slots available are at "unholy hours."

MIAA General Manager Jose Angel Honrado said that some airlines have applied for slots at the airport but couldn't get their preferred slots in the morning or evening.
Read More

EU Ambassador Guy Ledoux made the announcement of the ban on Wednesday together with DOTC Secretary Jun Abaya.
Read More

SMC IN TALKS WITH FOREIGN AIRLINES

The San Miguel Corporation, parent company of flag carrier Philippine Airlines is in talks with Japan-based All Nippon Airways (ANA) and Dubai-based Emirates for a possible deal.

Sources say that the diversified conglomerate has already been in talks with Japan's All Nippon Airways but has not yet been approached by Dubai's Emirates which is one of PAL's current partners.
Read More

Plans for the construction of a budget terminal at the Clark International Airport in Angeles City, Pampanga will push through. It is expected to begin by the first quarter of 2014 and be completed by 2015.

The budget terminal will be built on a 45,000 sqm. lot. Transport Secretery Jaime Feliciano said that it will be the second largest terminal in the country. It will only host low-cost carriers.
Read More

Local carrier, South East Asian Airlines or SEAIR has rebranded itself as Tigerair Philippines. Tiger Airways Ltd. (now Tigerair) completed its acquisition of a 40% stake in SEAIR in August 2012.

SEAIR aircraft will now be painted in Tigerair's updated livery which was revealed to the public just last July 3, 2013. The first aircraft, an Airbus A319-132 (RP-C5320) arrived at the Clark International Airport this morning and was welcomed with a water salute. Read More

Flag carrier Philippine Airlines is preparing for its return to Europe after receiving positive feedback from Brussels.

The European Commission may lift the ban on Philippine Airlines from their blacklist this July. This means that PAL would be able to mount flights to european countries again. Read More

June isn't exactly a good month for Cebu Pacific Air. Three incidents occured with the airline in this month alone. In result, people have criticized the airline as an "unsafe" airline.

Despite these incidents and the criticism the airline has been receiving, CAAP Deputy Director General John Andrews said that the Gokongwei-controlled airline is "safe." Read More

The Civil Aviation Authority of the Philippines (CAAP) have suspended the pilots of Cebu Pacific Air Flight 5J 971 which skidded of the runway of Francisco Bangoy International Airport in Davao City earlier this month.

The Civil Aviation Authority of the Philippines (CAAP), together with the Department of Transportation and Communications (DOTC) have released today the results of their investigation of the accident. Read More

Qatar Airways will further expand the capacity of flights to the Philippines in the Winter 2013/2014 season. Qatar Airways currently flies to Manila 3X daily using the Boeing 777-300ER. 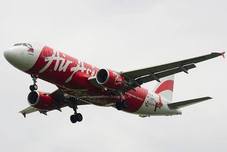 After purchasing a stake in local low-cost carrier Zest Airways, the Philippine-division of one of the largest low-cost carriers, Malaysia-based AirAsia, now flies their aircraft to the Ninoy Aquino International Airport using the slots of Zest Airways.

AirAsia Philippines informed their passengers of an operational re-alignment which cut down the frequency of some of their flights from their Clark hub. Read More 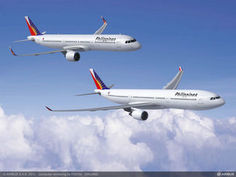 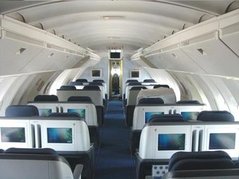 PAL will be introducing Premium Economy and Low-Cost Carrier Classes with its upcoming deliveries of Airbus A321-200 and Airbus A330-300 aircraft. Read More

Getting to the Ninoy Aquino International Airport

Travelling to the Philippines' main international gateway isn't hard. It's conveniently located 15 minutes away from Manila's CBD. Here is a quick guide on getting to the Ninoy Aquino International Airport both via public and private transport. Read More

Getting to the Clark International Airport 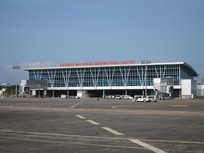 Travelling to Clark may be a hassle for some. Some don't mind the 1 hour or longer commute. Here is a quick guide on getting to the Clark International Airport both via public and private transport. Read More